The Fotobookfestival Kassel is a charitable foundation that has been engaghied with the artistic medium of the photobook and has presented it in all its facets, since 2008, in a festival program of international standing. The annual festival shows works by renowned artists and promotes established and emerging talents, publishers, designers, printers, curators and booksellers on an international platform. It was the first festival of its kind dedicated to the photographic book and has founded two novel book awards: The KASSEL DUMMY AWARD for the best photobook mock-up of the year has awarded emerging talents with a complete photobook-production since 2010; the KASSEL PHOTOBOOK AWARD assembles the best photobooks of the previous year nominated by international experts in the field. Books entered for both awards are showcased regularly in travelling exhibitions at international festivals and photography events. These two awards are unique in their formats and have been role models for other international festivals and events.

Based on the commitment of the founders of the Kasseler Fotoforum e.V., the Kassel based photographers Michael Wiedemann, Thomas Wiegand and Dieter Neubert, within 10 years a small local initiative has developed into an unequalled institution that receives widespread acclaim. The festival has been managed by Dieter Neubert since 2010 as a non-profit, charitable organization (Kasseler Fotografie Festival gUG). It operates independently of commercial interests and is financed through its admission fees, book sales, and sponsoring, as w nell as by donations and contributions. The Fotobookfestival Kassel does not receive any regular public funding and pays the standard local rates for its festival venues. Besides its main festival location Kassel, the festival has also been held in cities like Paris (Le Bal) 2012, Beijing (Three Shadows Photography Arts Centre), 2016, Istanbul, Moscow and Lodz, 2017. The festival shows work by internationally distinguished photographers such as Daido Moriyama, David Goldblatt, Martin Parr, John Gossage, Susan Meiselas, Viviane Sassen, Paul Graham and Alec Soth, as well as artist talks, lectures, workshops, reviews, print- and book-exhibitions, special book-events and book markets.

How to get to Kassel

— BY TRAIN —
From Kassel-Wilhelmshöhe train station:
Tramway lines 1, 3 or 4 to Friedrichplatz + 5 minutes walk to the documenta-Halle and Dock 4

From Hauptbahnhof central station:
15 minutes walk or 7 minutes by taxi to the documenta-Halle and Dock4

With our newsletter we will inform you regularly about everything that is going on with the Fotobookfestival Kassel. Updated programs, upcoming partner events, special offers, future events. You can cancel it whenever you want. Stay tuned! 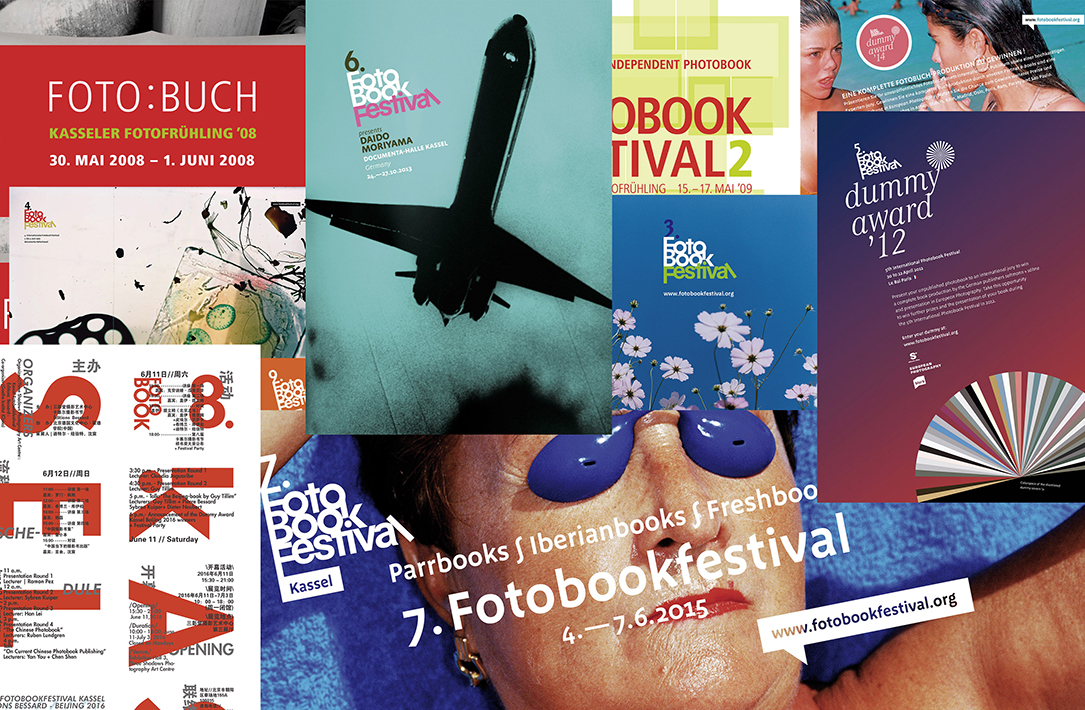 The 10th anniversary edition of the Fotobookfestival Kassel will take place from 31 May to 3 June 2018. Please find our current press releases and press images below (Dropbox download links). For press inquiries, please contact Antje Haferkamp: antje.haferkamp@fotobookfestival.org